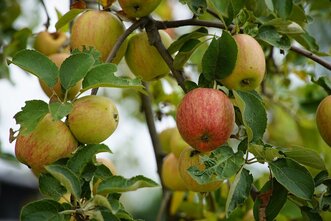 The Inside of Giving

Giving is the most fundamental Buddhist practice. It is the foundation and beginning of the whole path. It is the quality that the Buddha spoke about first when he gave a “graduated discourse” covering the full breadth of his teaching. If you adopt the idea that “giving is good,” that will take you far – but there is actually much more nuance to this teaching than many people realize.

At a top level, we know that it is good to give. But is it always good? How is it good? Are some kinds of giving or ways of giving more fruitful than others? Let’s explore.

When asked where a gift should be given, the Buddha replied, “Wherever the mind feels confident.” (SN 3.24). This is something of an initial criterion. Like all instructions, it is meant to be both contemplated and explored through action.

It is important to note that the quality and state of our own mind is a key factor both in whether or not to give and in how fruitful the gift will be. In several suttas, the Buddha gives a range of possible motivations, emotions, and manners surrounding giving (eg, AN 5.147, 5.148, 8.31, 8.33). He distinguishes between the act of giving a gift (dāna) and the movement of mind behind giving (cāga).

For instance, we might give a gift out of fear. Perhaps we are afraid of displeasing someone in power if we don’t give. We may also give out of desire, hatred, delusion, or even as an insult. I have received many solicitations to give that try to play on my emotions without inspiring the confidence that is foundational to giving.

I remember one case of receiving a phone call from an organization seeking funds, and the whole manner of the person’s approach felt very pushy and demanding. Eventually I was able to get a word in, and said that I was not interested in giving. The caller pushed on, asking what would make me more receptive. I replied straightforwardly that I would be more receptive to an approach that was less pushy.

We also give due to more complex relational and social reasons. Perhaps we are giving to “even the score” with someone who has given to us, or we are attempting to put another person in social debt to us. We may simply be following in the tradition of our family, or we may feel obligated to give because we have more than someone else. Giving also creates a good reputation, something the Buddha praises (AN 5.34). In the modern world of social media, however, this benefit becomes more mixed, as it may come to include building an ego.

All of these are mentioned in the teachings not to judge various motivations, but rather to suggest that it is good to know why we are giving. The mind has many intentions, and we can give most straightforwardly when we are aware of them. If we find mixed intentions in the mind, it is still fine to give – we can simply “lean toward” or emphasize the better (more selfless) motivations, while de-emphasizing the more self-serving ones. It’s also good to know that giving does not have to be logical to others or even ourselves.

We may also give because it makes the mind tranquil and happy. This is certainly a good motivation; such giving enables further good action by preserving a wholesome mindstate. The Buddha also encourages reflection on our own generosity as a means of bringing inspiration and even concentration (AN 11.12). Giving can become a fruitful component of the path to liberation when we give because we know that it supports letting go. In this way, the teachings say that giving becomes an “ornament of the mind.”

The manner of giving (during the actual act) matters too. We may give casually or with a clear focus; directly or indirectly (these days, even on the Internet!); respectfully or disdainfully; in a timely or untimely way; and in many other ways. Again, it is good to be aware of how we are doing the action.

Regarding timeliness, it can be good to give immediately when we feel the urge to do so, especially if it would dispel a negative mindstate. Once I was talking with a friend and mentioned that I was intending to give some fruit to a neighbor with whom I had disagreed. She sat up straight and said, “Would you like to go do that right now?” A bit surprised, I agreed, and in short order, the act was done. I felt lighter.

On one retreat, the teacher gave a brief and lovely teaching about how to “interact with the dana box” – she suggested dropping in the envelope with the wish that this act of giving support the realization of Nibbāna.

The general thrust of all of these teachings is toward purifying our giving. This is not an abstract idea, but rather something that we can feel in our heart and mind in the moment. We know what it feels like to do a “clean” act of generosity. It brings no regret. It leaves no residue save the happiness of having given. It is deeply nourishing and vitalizing. Rather than getting entangled in all the conditions we’ve discussed here, simply bear them lightly in mind while observing carefully your own acts of giving. They will become simpler and cleaner over time.

Indeed, the teachings say that one should give a gift “without injuring oneself or others” (AN 5.148). This is worth reflecting on deeply, for we can give in ways that bring harm. We may give in an unwelcoming way that makes the recipient feel shame. We may give more than we can afford, in terms of money, time, or energy. Furthermore, we are living in a world where behavior is becoming increasingly choreographed and prescribed due to ideological rigidity – the “right” things should be said, done, and even given. But to follow the Buddhist path, we would stick with what inspires confidence; what can be given freely, happily, and without coercion; and what furthers the path of letting go. That is the kind of giving that does no harm.

If we give in good ways for a long time, whether it is seen or unseen by others, there will come a moment when we are able to let go very deeply. We can give up our deepest attachments. In this way, giving is the end of path as well as the beginning. 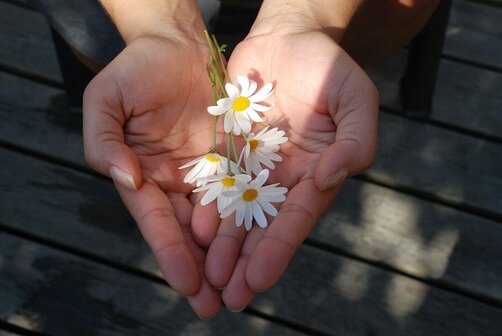