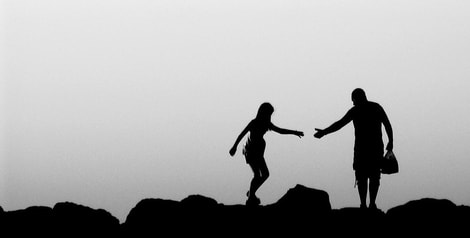 Thank You for Your Great Effort

There is a story in the suttas of a conversation between the monks Sāriputta and Anuruddha (AN 3.130). Anuruddha comments that he has attained clairvoyance and has excellent energy and concentration, and yet, he is not awakened. Sāriputta deftly points out that Anuruddha’s attitude toward these three accomplishments reveals that his mind still contains conceit, restlessness, and remorse, and it would be good to abandon those things. When Anuruddha does so, he indeed becomes an arahant.

The Theravādan tradition tends to be straightforward like this. We can also look at a similar exchange in the Zen tradition, which is more elliptical:

What is going on here? Is this a non-sequitur? No, it is similar to the exchange between Sāriputta and Anuruddha.

At first, we might take a surface-level approach and look to see how a great master dies. Even Suzuki Roshi didn’t want to die! Perhaps he was not really awakened? Perhaps it is OK that I cling to pleasures? This largely misses the point of what was being exchanged.

Another interpretation is that Suzuki Roshi was taking an opportunity to awaken more fully. Like Anuruddha, he revealed his stuckness: “I don’t want to die.” Suzuki Roshi knew that wanting not to die is futile when one is dying. And he knew that there is no fixed “I.” What he is doing is letting the stuckness speak – there is a part of him that doesn’t want to die, and he gives it voice.

Katagiri Roshi is a great teacher. He can hear this. He addresses the stuck part with a phrase designed to help it let go: “Thank you for your great effort.” One thing that holds us back from full liberation is secretly (or not even secretly) wishing for acknowledgment. We want to be thanked and praised. Katagiri Roshi did that for the part of Suzuki Roshi’s mind that needed it. It is a bodhisattva gesture of helping a suffering being by giving it what it needs.

Being thanked is wonderful, and it is good to offer our gratitude frequently and freely to others. But if we need that acknowledgement, we are not free because receiving it is not reliable. Hopefully, the result was that Suzuki Roshi – the part of his mind that is wise, that is – saw clearly that the stuckness was a matter of not being appreciated or thanked, and was able to let that part go. Possibly during that very exchange, he let go of what didn’t want to die. Just as Anuruddha understood what was holding him back – conceit, restlessness, and remorse – and could then could let those go.

Good friends help us see and name what is stuck. They can do that when we are willing to reveal these parts to them.

We can also practice being our own best friend. What would it be like to say to a tight, painful part of your own mind, “Thank you for your great effort”? Possibly there are parts in you that don’t want to die, and would find great ease and relief to simply be thanked. Maybe they would then let go.

I tried this on my own mind, and found it fruitful. Use it like a koan. Suffuse the body with gratitude. Consider the great effort some parts of you have made to protect you, help you, and make you happy. Can you thank them for their great effort, even as you now see that at least some of those protections are no longer needed?

Standing in what is firm and does not need thanking, you can thank everything else that helped you to get to the point of knowing that firm part. It is indeed a great service. See this and be free.