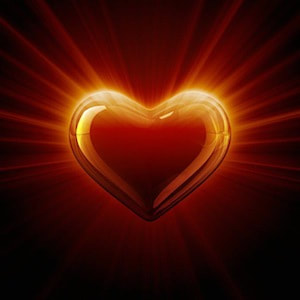 Radiation Practice as Both Cultivation and Letting Go

In Insight practice, there is the understanding that cultivation and letting go work in tandem along the path. In this piece, we’ll explore a particular cultivation practice – radiation of the Brahma-viharas – in light of its collaboration with letting go.

I encounter a fair number of Insight practitioners who only do what might be called “straight mindfulness” practice: Just sit, watching what arises nonjudgmentally (perhaps noting it), and whenever the mind wanders off, bring it back and start again. Some of these folks have been taught that meditation is about “non-doing” or “letting go,” and they believe that this practice exemplifies such things.

While this type of mindfulness is a great way to begin training the mind to be less caught up in reactivity, it hardly taps in the full potential for developing the heart toward liberation. Buddhist teachings emphasize skillfully developing the mind through a variety of practices, in order that it is well-positioned to let go.

There are a number of problems with only practicing basic mindfulness. One is that it might not develop wisdom, unless we also apply certain understandings and ways of investigating the objects of mindfulness. In particular, we need to understand how dukkha is created and how it ends, which means watching the mind from such a perspective. Another issue is that the mind needs a certain amount of strength in order to let go – for instance, it needs the strength of ethical behavior and wholesome intention to be able to release unwholesome states like anger. Sometimes we need to deliberately cultivate certain strengths, as we’ll note below. And finally, mindfulness practice is not actually just about “letting go” or “doing nothing” – it is about cultivating mindfulness! And mindfulness is only one of the eight steps of the Eightfold Path. (Truly “doing nothing” in meditation is in fact possible – but it is a very advanced practice).

In the end, it is letting go that leads to freedom. But the path from here to freedom will involve cultivation – that is, doing something – for most people. In sitting meditation, the Buddha encourages, among other things, cultivation of mindfulness, samādhi (gathering the mind / composure / concentration), and the four heart qualities called the Brahma-viharas.

Brahma-vihara literally means “divine abode,” so called because these are four exalted resting places for the heart. They are boundless or immeasurable in that there is no limit to any of these qualities. They are: Goodwill (mettā), compassion (karuna), appreciative joy (mudita), and equanimity (upekkha).

Many Insight practitioners include some mettā practice in their regular cultivation. The most common method taught is to say phrases of goodwill (such as “may you be happy”) for several categories of beings – most often self, benefactor, neutral person, and “difficult person.”

It may be interesting to know that this practice of using phrases and specific people does not appear in the suttas. The Buddha of the early texts apparently did not teach it. It was introduced many centuries later in the commentarial texts that came after the Pali Canon. Furthermore, these commentaries give a different set of phrases than is usually taught now. They are: “May you be free from hostility, free from ill will, free from harm, and may you maintain well-being in yourself.” The more modern phrases like “may you be safe” and “may you be healthy” were apparently invented here in the West. All these variations can be useful; it's just good to know where they are coming from.

The suttas teach a rather different way to practice with the Brahma-viharas. Some fraction of practitioners find that it works better than repeating phrases for specific people. And even if you benefit from the phrase-based practice, this other way might offer fresh dimensions for your heart practice.

The traditional way of strengthening the heart qualities is through radiation. I offer here a version of the practice that I first learned from Bhikkhu Anālayo. The quality is first evoked through an image or phrase, but the object of the practice is the sensations that arise in response. For metta, imagine anything that makes your heart smile and evokes feelings of goodwill – for instance, a kitten, puppy, baby, or other cute animal. Notice the feelings that arise in the body, perhaps a sense of warmth or softness, as well as mental uplift. Focus on these in order to stabilize and strengthen them, and then gather that energy into the heart area. At this point, the original image or phrase is dropped.

Imagine the heart, now infused with metta, as a lamp. Perhaps there are some veils around the heart, preventing it from shining as far out as it could. Imagine pulling back the curtain from in front of the heart, then the right side, back, and left side (you could pause for some time with each direction). Also include the up and down directions. The heart qualities are not blocked by the Earth and can shine down below the surface.

Just let the lamp light go as far as it can. Maybe it’s not very far. That is fine – “boundless” simply means that we aren’t imposing any boundary. Note also that lamps don’t need to push their light out – they just shine. There is no effort to push the radiation; the only effort is the gentle effort of maintaining attention with the heart area in order to support the brahma-vihara. If the attention wanders briefly, you can just start up again with the lamp, but if was gone for a while, you might have to re-evoke the heart quality using the image or phrase and then re-radiate.

The light radiates from the heart, and it must pass through the body before it can shine out. There is no way to do this practice and not benefit ourselves from the heart quality. There is no need to explicitly practice for oneself, only to be conscious of radiating through one’s own tissues. Once the light is out, it will touch all beings in its path, but again, there is no need to think of specific beings. Just keep feeling the sensations and imagine radiating.

The other three heart qualities can be done in the same way. Compassion can be touched into by imagining a being in need of protection; appreciative joy by the image of a friend succeeding or by recalling that at this very moment, there are countless acts of generosity and love being performed worldwide; and equanimity by broadening the mind to see the whole world as a vast manifestation of natural law, with all the ups and downs, joys and sorrows, that can happen. (You may find other ways for yourself of touching these qualities).

For many people, the gentle light of a brahma-vihara is like a healing balm, smoothing out rough spots in the heart, mind, and body. It connects and purifies different aspects of our being, while also reducing the impact of unwholesome qualities opposed to the brahma-viharas, such as ill will, cruelty, envy, and indifference. While radiating, these unwholesome qualities cannot find a footing in the mind.

Eventually, it is enough radiating, and the practice ends gradually by letting the brahma-vihara subside naturally through withdrawing the intention to radiate. We can stay mindful, noticing how the heart gradually settles and lets go into a quiet state as the light fades. You can direct attention specifically to what this letting go feels like and rest in the space opened by it.

For sure, this practice is about doing. There is no doubt that we are deliberately engaging with that heart quality through the initial image and again as we consciously imagine radiating. We can feel the strength being created in the heart through saturating it completely with this wholesome quality. It is invigorating as well as intensely pleasant.

And then, there is the letting go. By watching the practice subside at the end, we gain the wisdom of knowing directly that the brahma-viharas are conditioned qualities, subject to impermanence. They are not “myself,” and are also not the goal, but are part of the path. Feeling the increased ease that comes from releasing even something that is purely wholesome gives the mind an important lesson about freedom.

By methods such as these, the heart becomes strong, flexible, wise, and caring. Cultivation and letting-go work hand-in-hand to enact the path. Understanding this is part of Wise View, the very first step toward freedom. 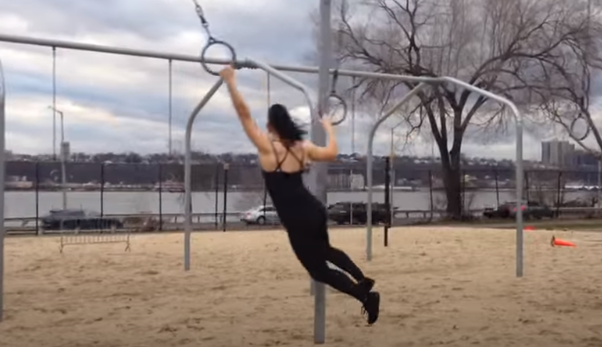