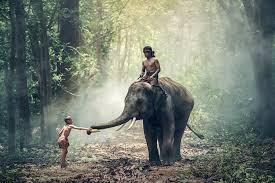 Making the Precepts Our Own

The Buddha defined five practice precepts as guidelines for laypeople to live a life of non-harm. Traditionally, they are all framed as abstentions – things to refrain from doing. However, unlike the commandments or codes of conduct we find in monotheistic religion or other structured environments, these are explicitly meant to be practices. We are invited to take them on in order to find out the effect of living this way – if we are interested.

It is also encouraged for us to ask questions about the precepts, even challenge them, or otherwise work to “make them our own.” I recently reflected on whether and how I would rewrite the precepts. I expect what I come up with will change over time, but here is a snapshot at this time.

A useful “pre-question” here is who the precepts are for. If these precepts need to be relevant and helpful for all people, at any stage of the path, the five abstentions as stated by the Buddha are really quite good. It would also be possible to make them specific to my own practice at this time. I decided to keep them general, and did come up with two changes to the abstentions that I think are useful.

Another way that people like to reword the precepts is to add “positive” statements about what we are bringing into the world, not only refraining from. I did this also, and here I used positive virtues that I have found meaningful from my own experience with the precepts.

What follows is some explanation and analysis of these rewritten precepts:

One general way I would like to hone the precepts is to explicitly encourage ever-deeper reflection and understanding of the training. Sometimes modern Westerners read “abstain from killing” and assume they’ve done that one because they don’t kill people, animals, or even insects. There are two dimensions to deepening reflection:

(1) Considering more subtle dimensions of these actions. Are there other forms of killing besides rendering a body incapable of supporting life? How about “killing” someone’s confidence, inquisitiveness, or aspirations? How about the myriad ways we “lie” to ourselves through delusion?

(2) Considering the complexity of kamma. Regarding the first precept, we are indirectly participating in killing by paying our taxes because a significant fraction of tax revenue goes to the military. However, we are not actually responsible for the actions of others, so where is the line drawn?

For me, reflection on the complexities and subtleties has led to loosening some of the “tightness” that can form around the concept of precepts.

I would also change the 4th abstention to include “manipulative” speech. This means speech that is intended to persuade another person to think, speak, or act in ways that are harmful to them or beneficial solely to us. It also includes the internal “wiliness” of the mind in wanting to make up and believe stories or views that are not helpful. It might be that this is technically a form of false speech, but I have found it is useful to call it out specifically. Why? Because avoiding “manipulation” internally points the mind directly at the wisdom of non-proliferation and non-identification, while avoiding it externally leads to simpler relationships as well as counteracting the strong forces of marketing that are rampant in modern society.

In coming up with the positive virtues, I found that having three (or in one case, four) of them allowed some range in the positive countertendencies while remaining easy to remember or memorize. I have ordered them as a sequence, with the last word being the most active, engaged, or “external” quality.

I also worded them as aspirations because I feel that the positive traits mostly come from an internal movement of heart, and the deeper ones especially appear as fruits of spiritual practice. They are less amenable to development when worded as things to do or accomplish.

As for the particular virtues chosen:
I have noticed in my practice that it is most tempting to break the precepts when I am feeling discontent in some way, while contentment – mental ease – makes breaking them uninteresting. Contentment (santutthi) seems to be some combination of equanimity, tranquility, and renunciation, and could also include more positive qualities like metta, mudita, or sukha. Hence, I included contentment for nearly all of them.

Equanimity (as well as patience and forbearance) occur because the unwholesome actions being refrained from typically arise from an unbalanced mind that thinks it knows what has to happen and has urgency to act. Equanimity is not only balance, but includes a willingness to suspend judgment about how things are “supposed” to be.

Perhaps it is worth explaining the choice of samādhi (collectedness of mind) for the 3rd precept. In my own practice, the presence of sexual thought or excess sexual energy directly affects the conditions for concentration – specifically, it saps energy from the straightness of the spine. Conversely, concentration practice reduces the power of sexual attraction because “spiritual” (nirāmisa) pleasure is better than sensual pleasure.

I do not think that my emphasis on contentment and equanimity implies that a person would never act in the world or speak out to encourage others to practice the precepts (as is praised in AN 5.202). Rather, the foundation in qualities of tolerance and spaciousness assures that if or when action is taken, it is motivated by the wholesome roots (often compassion or wisdom) and not by greed, hatred, or delusion.

So, now it’s your turn: How would you rewrite the precepts? What positive virtues do you associate with each one? 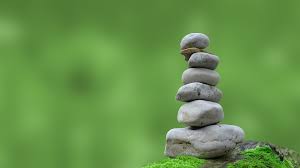