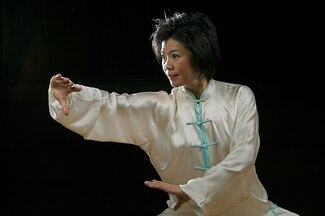 The Freedom of Mastery

We hear frequently of freedom and liberation in Buddhism. Given that these terms are also used in the political sphere, it is worth looking more carefully at what they mean in Buddhist practice, because these two usages are not the same.

Modern societies are concerned with freedom, valuing such liberties as freedom of speech, freedom of the press, freedom of religion, freedom of assembly, and freedom to pursue our interests within legal means. We defend our freedoms through acts guaranteeing some degree of privacy, security, and protection from such intrusions as having to quarter soldiers or submit to unwarranted search. We rise up against breaches of these, and also seek to extend various freedoms.

All of this amounts to what is called freedom of license in people’s behavior, speech, and thought. It is generally assumed that people will be happier when they have greater freedom of license. And it’s true to some degree. These freedoms are valuable because they are humane and offer people the dignity of fashioning their own lives within their circumstances. Tyrannical systems maintain their power by limiting freedom of license.

However, this is not what the Buddha meant by “freedom.” He was also concerned with liberating people from tyrannical systems, but he pointed to our own mind as the source of the tyranny. When we are obsessed with repeating thoughts and painful emotions, driven by compulsive wants, and held in the grip of distorted views, we are, quite simply, not free. In fact, these troublesome mindstates have been given inordinate freedom of license in the “ordinary, untrained mind.”

The Buddha offered training in what could be called the freedom of mastery. By practicing the methods he taught, we loosen and finally break the inner bonds that constrict the heart by gaining mastery over the three poisons (greed, hatred, and delusion) and cutting their root, ignorance. These methods include creating greater restrictions on our behavior, speech, and thought through the skillful means of ethical conduct. We then restrict and channel our attention in order to cultivate concentration, the four heart qualities (goodwill, compassion, empathetic joy, and equanimity), generosity, patience, and other good qualities. The fruit of renouncing certain freedoms of license is wisdom – the deep understanding of how suffering operates in the mind.

To be clear, there is no “master” behind the freedom of mastery. But we feel increasingly empowered as we develop the Buddhist path because we have nothing to fear from our own heart. (And other people can feel this from us too). No longer frittering our energy and attention away into conflicts, selfish desires, fixed ideologies, and confusion, we are liberated to take useful action both in the world and on the cushion.

The disempowering of tyrannical mindstates brings deep ease and joy. This does not mean that experience is always pleasant. The joy of the path is a delight in knowing, regardless of what is known. It is possible to be in strong physical or emotional pain, and also feel an odd kind of joy buoying the mind up in its very midst.

Ironically, the liberated mind experiences less choice in some ways. It is the choicelessness of water flowing downhill – life just unfolds. Choice involves mental deliberation and a certain degree of effort. In cases where this is called for, clear discernment comes forth, of course, but many fewer situations seem to need much deliberation. Adherence to integrity, compassion, kindness, and clarity reveal a straightforward path.

The mind operating with mastery over its own scattering forces is on the way toward letting go into a different way of operating. Bit by bit, it is tapping into a deep natural order characterized by peace.

From the Exposition of the Elements (Dhātuvibhanga Sutta, MN 140): “This is the supreme noble peace, namely, the pacification of greed, hate, and delusion.”

The highest mastery is Nibbāna, in which one can no longer be fooled by “conceivings” – the stories the mind tells about the self and the future: “When the tides of conceiving no longer sweep over a practitioner, one is called a sage at peace.”

In practice, this means living straightforwardly, without pretense or contrivance, without fear or compulsion. Such a mind is flexible and resilient, wise and ready to act with compassion. People living this way do not make strenuous effort to precisely define themselves, nor do they allow themselves to be defined by a group or collective identity. All such movements are “tides of conceiving.”

This is simply a different realm from the freedom of license. 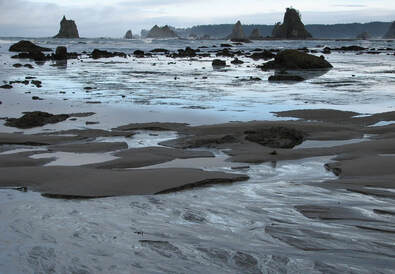