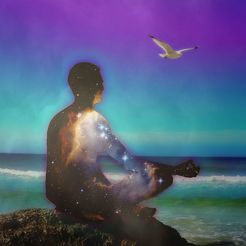 One misconception about the teaching of not-self (anattā) is that it means you are not a person. We may think, if everything is not-me, then I am not anything – and I should have no opinions, no personality, no quirks, and certainly no humor.

This doesn’t make much sense. Consider spiritually advanced beings, such as the Dalai Lama, Archbishop Desmond Tutu, or even a teacher you know personally. Do they seem flat and inhuman? The Dalai Lama giggles during ceremonies. Archbishop Tutu exudes enough joy to fill a room despite his diminutive size.

Similarly, you have unique traits that are woven into your body and mind through inheritance, culture, experience, and other conditions, including how much spiritual practice you have done. You are you, and no one else. One of the tasks of practice is to become able to live on the outside as we do on the inside. This is called authenticity, and developing it brings a diminishment of suffering; the great spiritual beings are highly authentic. However, we do need to be careful not to take this on as our “True Self” or “Essential Self” – for that is what does not exist according to anattā. There is no specific way of being that is "essential" for us, or that will bring us ultimate happiness.

As we tread our path, I think we are meant to take inspiration and learn from the stories of ancient adepts, monks, nuns, and mystics. Their paths offer nuggets of truth and humanness that can resonate with our heart to help advance our own path.

Often, our heart is broken by these tales. Who is not moved by the devastation of Patacara’s life: In a single tragic day, her husband, newborn child, firstborn toddler, parents, and brother were all killed successively in circumstances where she was powerless to stop it. It wrenches our heart because we know such a day could potentially happen to any human, including us – and does in some form every day. How fragile is this life.

Or we reflect on the travails of the Tibetan master Milarepa, who killed many people through black magic in his youth, then endured a long, hard apprenticeship with Marpa. Eventually he had done enough purification to receive deep teachings, and finally attained enlightenment after years of practice in mountain retreats. Perhaps similar is the Theravadan story of Angulimala, a murderer who had a change of heart, ordained with the Buddha, and became an arahant. The idea of turning around serious negative karma is of keen interest to the human heart.

We may love the sweet devotion of Ānanda or the crisp analytical mind of Sāriputta. Or the steadfastness of Mahakassapa, who waited years to ordain without the opportunity appearing. He even got married and tended a farm, but finally the calling became too strong, and he simply ordained himself (an action that got the Buddha’s attention, such that he came into Kassapa’s presence). On the blunter side, the nun Subha plucked out her own eye and offered it to a would-be suitor, changing his sexual passion to spiritual admiration.

The story of the Buddha is rich in potential meaning. Highly archetypal, it offers many facets for people to resonate with. I have heard activists state that the Buddha was his society’s equivalent of a social radical, daring to look beyond the caste system and even the gender roles. Those of a more quiet disposition note that the Buddha did not completely “return to the world” after enlightenment. He did not become the king that his father envisioned, but rather remained a simple monk, teaching those who sought him out.

One thing that intrigues me about the Buddha’s story is his persistence of faith in a goal that he could not completely name, for we can never articulate exactly what Awakening “is.” Along the way, the Bodhisatta encountered people who told him that he had reached the highest possible goal and that he should set himself up as a meditation teacher. But he knew in his heart that he had not reached it, and walked away from those “opportunities” to continue his quest.

Many practitioners are alert to the way the world sends the message that we need some object or experience in order to be happy, thus feeding our discontentment and desire. Less often do we reflect on the more insidious message that “This is all there is. The very best you can hope for is a decent job, car, and annual vacation.” The world offers no support for a goal that reaches beyond its limitations. For those not in touch with the spiritual longing of their heart, such messages can sap its strength.

So read and reflect on the lives of those who truly said no to the siren song of material comfort and ego bolstering. Whether by tragedy or by some mysterious inner fire, many humans have woken up and taken seriously the idea that there could be something more to life. Do take care, though: We cannot literally imitate another’s path. It is normal for students to attempt to follow their teacher’s footsteps for a while, or otherwise copy the actions of others. In the long run, though, there is no model for us. But the stories of many other adepts can somehow weave together to provide support for our own path. This is part of their gift.

From David Whyte, Self-Portrait (excerpt):
I want to know
if you are prepared to live in the world
with its harsh need
to change you.  If you can look back
with firm eye,
saying this is where I stand.  I want to know
if you know
how to melt into that fierce heat of living,
falling toward
the center of your longing.


Whose Dharma path inspires you most?
What will you not give up looking for until you know you have found it?
What do you do each day to reconnect with your inspiration? 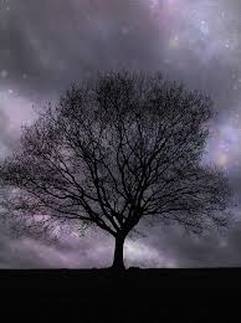