In AN 6.19, the Buddha states the value of a particular practice (mindfulness of death), but rather than telling the monks how to do it right away, he first asks them how they are practicing with it. In other suttas, he also comments on practices and views that people describe to him. It seems that some degree of creativity and autonomy are acceptable and even expected in how we apply the teachings.

Taking on practices of our own design is part of the path. The key question is who is the designer and what is the intention. If we are not aware of these, we can easily design practices that feed our preferences and egoic strivings. Practice must eventually challenge and dismantle our habits and preferences, not support them.

It is good to start meditation practice with the structure laid out in the Buddhist literature. Just as a musician starts with scales and an artist starts by copying a model, a meditator should master certain fundamentals of calming and enlivening the mind, recognizing aspects of experience, and investigating wisely. This provides a foundation for all future learning. Fortunately, the Buddhist teachings offer numerous methods to cultivate the path and investigate our experience, based around wise views that help mitigate the ego. When the basics of the medium have been mastered, we may be able to innovate. As my teacher said, “It is fine to innovate, but you should know what you are innovating from.”

The literature also records cases of people choosing practices or viewpoints that are not helpful. The Buddha once spoke with ascetics from another sect who had chosen to take on the characteristics of certain animals (a dog and an ox – MN 57). He did not speak favorably of the outcome of this kind of action. People who develop deep concentration face some choice points about how to proceed, and only certain choices lead to the insights that end suffering. It does matter how we practice. We should choose carefully.

I remember that I had no idea how to design practices when I first heard of this concept early in my practice. And then one day, an idea spontaneously appeared, and when I tried it, I could tell that what I learned was helpful for the path. Sometimes it is intuitive like this, but it could also be more deliberate.

It is useful to check the intentions behind self-designed practices. Are we choosing something “easier” than a traditional practice because we don’t want to put out the work? Are we skipping ahead to what we think we ought to be doing, rather than letting the process unfold at whatever slow pace it does? Are we deciding unilaterally that a certain practice is not relevant for the modern world, and hence our own design will be more appropriate? There are cases where an easier practice, a more advanced practice, or an updated practice might be just the right thing, but if dismissing the traditional practice is a regular choice for us, we might instead check for motivations based in greed, aversion, or pride.

I find that original, intuitive practices come now and then, often at key moments when my mind is just getting ready to let go of something or is moving into a new space after letting go. One quality of successful self-practices is that we are surprised by the fruit, and realize only afterward why we undertook that practice. For instance, I recently undertook the practice of writing every day for a month, even if it was only a short amount. I learned some things about motivation and the relationship between logical thought and emotion. But I was somewhat surprised to learn that I intend to write a book, and am beginning to gather pieces relevant to that.

You might reflect on the role of designing your own practices, and whether they seem to be helping your path or simply reinforcing existing views or behaviors. And if you’ve never created an alternative practice, there is no requirement! I know someone who has done the same transcendental meditation practice every day for 55 years, and it has borne quite a bit of fruit over the decades. And someone else who found that he could not do most of the practices from his chosen tradition, leaving him to innovate for the majority of his work, and that too has borne fruit. The test of “bearing fruit” is whether we are becoming freer of stress and struggle and more open and compassionate of heart.

If all external sources of instruction became inaccessible tomorrow, what would you do on the cushion? 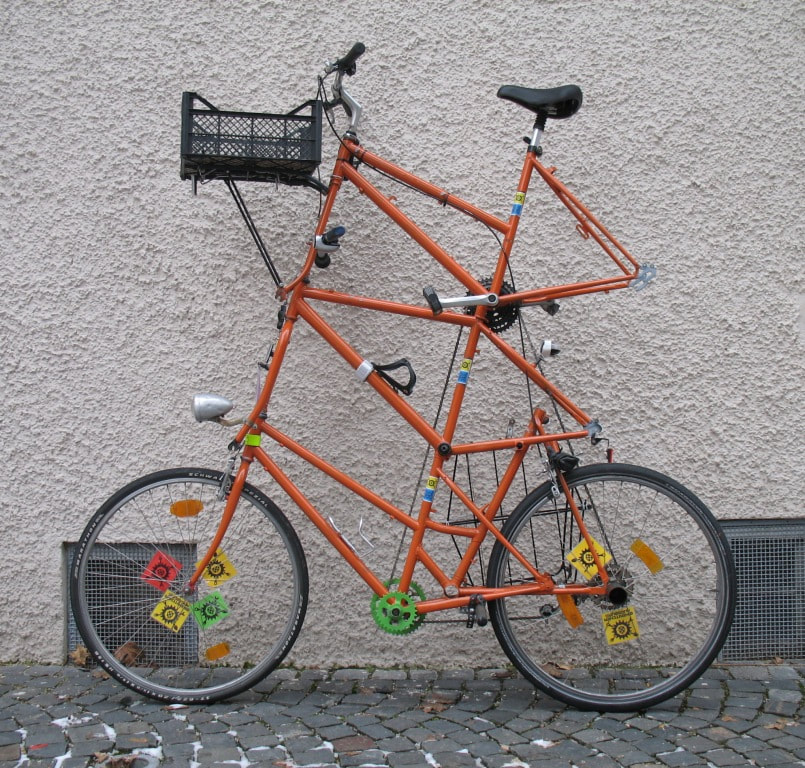