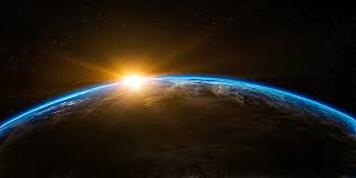 Even as many people feel surprised by the sudden turns of events in past few months, for each one, some people have noted that it was due. It was, as we say, “about time” for that to happen. About time for greater consciousness of systemic racial bias to emerge. About time for nature to demand its reckoning in the form of climate change. And, given the hypermobility of humans, about time for a highly transmissible virus to ride its way around the globe.

All of this requires us to change our perspective, in multiple ways. We may be resting with quite uncomfortable truths internally while also recognizing terrible behavior externally. When the scene is chaotic, it can help to look at the frame, not out of avoidance but rather as a way to creatively engage. This essay looks at our understanding of time.

Start by noticing that you can experience things on many time scales. We often just flow along in “personal time,” the realm of “me” and all the things I have to do. Not only is this just one option, it’s also one that is often fraught with problems. It feels cramped and stressful.

Or we might consider the somewhat longer scale of “historical time,” which is weighted with national and global challenges that must be seen, met, and transformed. While this is important, we can also notice that we don’t always see or meet such things skillfully, as individuals or as a society. Our ability to respond well is limited by our many hindrances (such as greed, hostility, and conceit), as well as our narrow perspective on time.

It is both refreshing and beneficial to consider other time frames, such as cosmic or momentary. Taking a bold perspective, if the whole Universe’s duration of existence were scaled to fit into one Earth year – beginning at midnight on Jan 1 and going up to the current moment at midnight on Dec 31 – the Earth formed in the first week of September. The non-avian dinosaurs died out early on Dec 30. Humans appeared on Dec 31 at about 10:30pm. The Buddha lived 6 seconds before midnight. The last 400 years of human history occupy less than the last second of the year. Rather than think about this cognitively, can you feel into the vastness of cosmic time? Let the mind open to the sweep of an evolving universe far more ancient than our little Earth. It is breathtaking.

Alternatively, we can immerse in the richness of immediate existence. This very moment is also quite vast if we open to all the sensory inputs that are normally filtered out. The layered and vivid impressions from light, sound, texture, color, and motion wash over the mind like a vibrating fluid. Resting within the flow of immediacy, there is no sense of a self.

In the realm of very long and very short time intervals (and similarly with large and small spaces), there is far less suffering because it is not about me or mine. Thus, one simple way to manage everyday stress is to switch to a different time frame to break out of the habitual ones. If tomorrow seems overwhelming, consider that 10 years from now, it will be far in the past. Or focus on the particular task you are doing now, such as taking a step or lifting a cup. That is not overwhelming.

All of this suggests that time is not as fixed as we think. Time is actually a perception. Probably you have experienced time “stopping” or seeming to expand or contract during periods of mundane concentration, such as during sports or artistic activities. In meditation, too, time can stop and start.

Given this, it seems a bit questionable to simply talk about “time” as if that is a fixed thing. The Dharma is said to be “akaliko,” which literally means not-time, but can be translated as “timeless” and also as “immediate” (ie, in no time). The second noble truth says that the arising of craving is the arising of suffering; they come together. And the third noble truth says that the cessation of “that very craving” is the cessation of suffering. It is immediate. Suffering ends precisely where it is being generated. This is the timeless principle to which we awaken.

If there is suffering happening now, there must be clinging happening now (in the form of hatred, obsession, conceit, delusion, etc). If this clinging is released, the associated suffering will end. That is the path, again and again, until no more releasing is needed. When asked how long it would take to wake up, one teacher replied, “Thirty years or a microsecond.”

This is more radical than it seems at first glance. We tend to carry the notion that our suffering was caused by something in the past and will end sometime in the future. It is true enough in some ways, but it can’t be the whole story because it binds our freedom to a particular perception of time. What is the freedom that is akaliko?

Having flexibility and facility with different time scales makes it easier to release suffering. We see it as less personal, less about a long complex story, and more about something that can be addressed here and now, in line with timeless laws.

For example, as noted in Dhammapada verse 5:
Hatred never ends through hatred;
By non-hate alone does it end.
This is an ancient truth.

Understanding this, we respond right now, in this moment, with non-hate. The field of non-hate is quite broad – it could be kindness, patience, generosity, goodwill, equanimity, compassion, and many other beneficial qualities. What arises in this moment is appropriate for this situation, and yet aligned with the larger Dharma principle that is timeless.

This may not be easy. It is a practice. The contemplative Arthur Zajonc notes, “In order to overcome habits of perception, you must first become aware of them, and then work to change them by entertaining alternatives.”

Societal and personal change may be more or less rapid than we want. These can be met more clearly and effectively by a mind less bound by conventional perception, including conventional ideas of time. Our current world situation is a potent combination of things coming to a head: Centuries of unskillful intentions hardening into dysfunctional social structures and environmental damage, along with an opportunistic virus whose activity will accompany us for years. These are the time scales of the personal and historical. When we remember also to include that which is akaliko – both immediate and timeless – we enhance our ability to respond appropriately to these real challenges. It’s about time.

It is worth considering deeply what is the appropriate way for each of us to meet this situation. May your practice be one of opening profoundly beyond conventional ways of seeing.